A strong willed PM: It’s the quality that separates Modi from other Indian prime ministers

Since independence India has seen 17 Lok Sabha elections, 22 governments and 15 PMs. No doubt, each of these regimes have contributed to nation building, but had a very limited impact on long term destiny of our country. Congress, which has ruled for 55 years in all, has had eight opportunities to serve India with full majority governments, but not even ten measures stand out that would be remembered for ushering in transformational change. The Vajpayee government took serious initiatives to jolt the status quo only to see its policy interventions thwarted because of lack of numbers in Parliament. 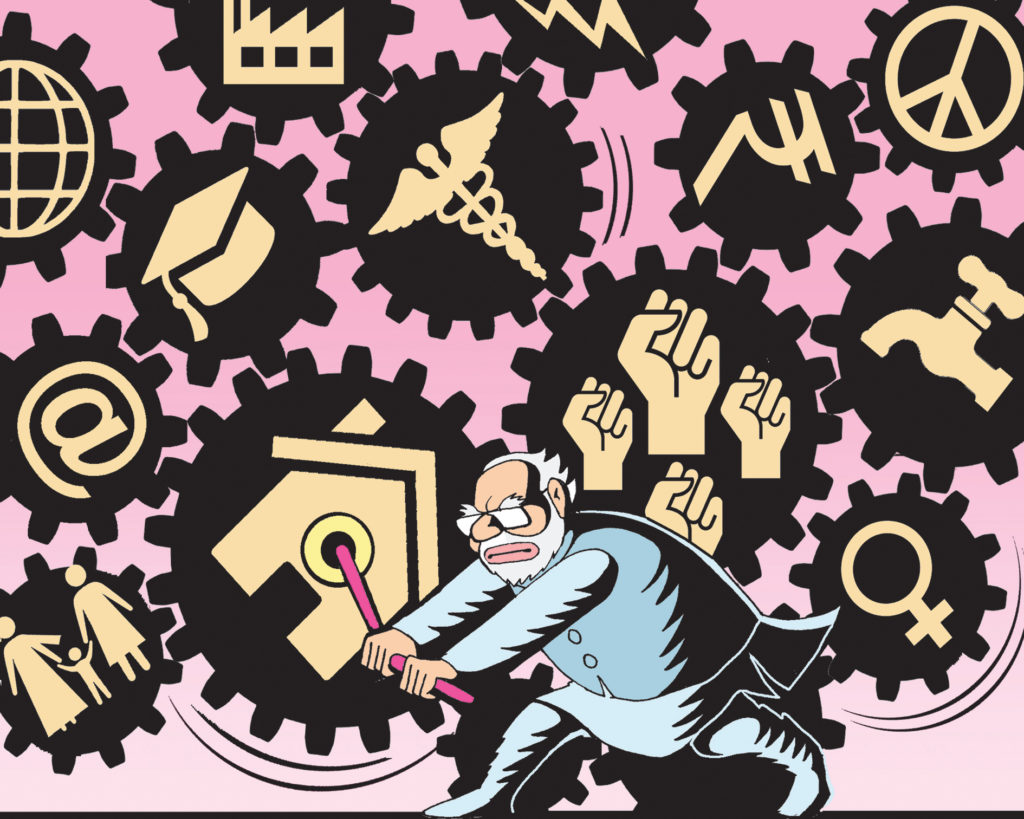 In many ways, 2014 marks a point of inflection in India’s governance and policy paradigm. For the first time a non-Congress government won a full majority in the Lok Sabha. The Narendra Modi-led government has since rewritten the grammar of change. In the last 63 months, dozens of signature policy initiatives have not only brought about significant qualitative improvement in people’s lives, but also pitchforked India as a global growth engine, cementing its status of eminence among the world’s leading nations.

The hallmark of Prime Minister Narendra Modi has been his strong willed approach. The nullification of Article 370 and abolition of Article 35A, despite the opposition’s inexplicable resistance, as also the lack of majority in the Rajya Sabha, exemplify this determination. Article 370 in its original form and Article 35A were not compatible with India’s development aspirations, as these severely restricted the state’s progress and, also, promoted separatism. Terrorism has killed more than 41,000 people in the state, while a few families merrily pocketed the bulk of central government aid, pushing an entire generation into poverty.

The peculiar brand of appeasement politics, coupled with lack of political will, ensured that no leader dared to change the “special status” of J&K perpetuated through Articles 370 and 35A. The Modi government’s decision on Article 370 and Article 35A, and the passage of the relevant Bills in both houses of Parliament illustrate Modi’s resolve and political statesmanship to actualise the “one nation-one Constitution” principle, and lead Jammu and Kashmir into a new era of development.

Likewise, moves such as demonetisation, GST, abolition of the evil practice of triple talaq, air strike and surgical strike on terror launch pads across the border, one rank one pension, direct benefit transfer (DBT), institutionalisation of chief of defence staff (CDS), UAPA amendment bill and constitutional status to OBC Commission, which were hitherto seen as difficult asks, were executed by the Modi government. These moves certainly make him the most strong willed prime minister India has ever seen.

Successive governments since independence have implemented a policy matrix through a binary prism: rich-poor, industry-agriculture, and cities-villages. This approach presented a set of self-imposed contradictions. For instance, there evolved a perplexing strand of thought that the poor can develop only if the interest of rich is compromised and vice versa. Modi has demolished this baffling attitude by making a clarion call: “There are only two classes: the poor and those who want to eradicate poverty.”

Ensuring ease of living has been the primary pillar of the Modi government’s governance doctrine. Jan Dhan, Mudra, DBT, house for all, electricity for all, LPG for all, crop insurance scheme, increased MSP for farmers, pension schemes for small entrepreneurs and working class, and Kisan Samman Nidhi: all epitomise this approach. In addition specific policy initiatives have been taken for the development of historically marginalised social segments such as SC, ST, OBC and women.

Modi has always believed that a country cannot advance if the business community does not lead this progress. His emphasis on the role of wealth creators in a nation’s growth underlines the importance this government attaches to the business community. From overhauling a creaky banking system, clamping down on corruption, enhancing investments in infrastructure, to GST and procedural simplification – all have turned India into a much easier place to do business. India remains the world’s fastest growing major economy and is cantering towards the $5 trillion GDP mark.

Under Modi’s stewardship India’s status on the world stage has grown by leaps and bounds. When India carried out surgical strikes and air strikes on terror launch pads in Pakistan, the world’s leading nations stood by us, while our neighbour was, and continues to remain, isolated. Recognition of Yoga International Day, UN’s Champion of Earth Award to Modi, leading role in International Solar Alliance initiative, successful launch of Chandrayaan and highest number of simultaneous satellite launches from India are some examples of India’s growing international stature.

National security remains non-negotiable for this government. The decision to appoint a CDS, modernisaton of the armed forces as well as successful launch of anti-satellite missile demonstrates the government’s steadfast focus to protect India on all fronts: land, sky, sea and space. The decision to implement the long-standing demand for OROP also mirrors the government’s firmness to keep the morale of India’s soldiers high.

The contrast between previous administrations and the Modi government is clear. While earlier governments’ decisions were primarily guided by the sole objective of retaining power, the Modi government is focused on pushing changes of long-term significance, no matter if they don’t seem popular in the near run. This has resulted in courageous policy and legislative moves even in the face of widely perceived political risks. PM’s popularity shows that when tough measures are taken with popular welfare as the sole consideration, people reward you with wholesome support. The overwhelming mandate in 2019 that bettered even the 2014 record is a testimony to this.

AN OPEN LETTER TO PEOPLE OF ANDHRA PRADESH

You can login using your social profile
Problem with login?